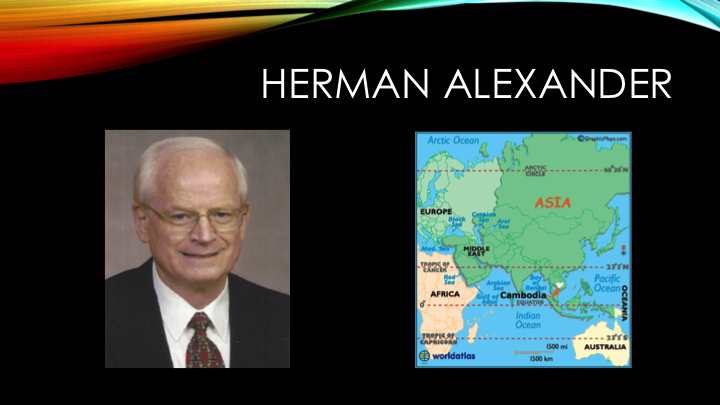 Herman and Rosanne Alexander:
They were missionaries in Adelaide, Australia for 9 years, leaving an established Church when they moved back to the United States. Herman taught at the Preston Road School of Preaching later becoming the Preston Road School of Higher Education, from 1981 to 1995. Herman then taught at the South Pacific Bible College in New Zealand from 2006 to 2013. In 2013 he began working with Nations University serving as Vice Chancellor and Professor. He teaches, via skype, two days a week at the Cambodian Bible School and one day a week at Adelaide Church of Christ, via skype. Herman has also been preaching every Sunday at different churches. He and Rosanne currently reside in Irving, Texas. We began our financial support for them in 2015. 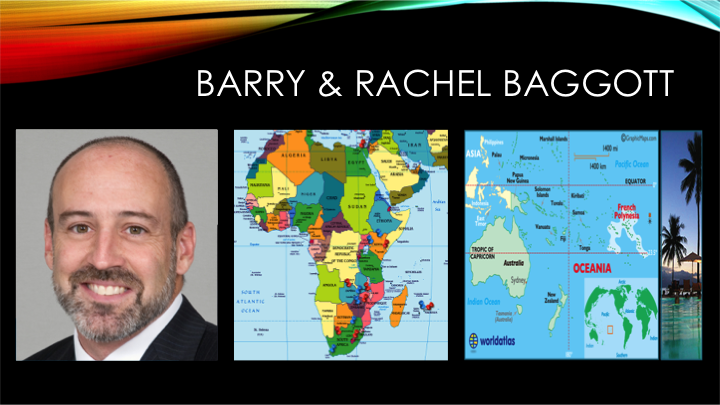 Barry Baggott:
Barry and Rachel Baggott grew up at the Webb Chapel Church of Christ, married, decided to be missionaries, and went away for training. They specialized in teaching the French speaking world. They worked together diligently around the globe until Rachel’s death in late 2017. They worked extensively in West African countries such as Morocco, Republic of Congo, Ivory Coast, Burundi, Chad, and many others. They also taught the French speaking people of the South Pacific and Polonaise. Barry began writing bible study materials in French, translating some existing works, and producing bible materials on video. Barry is still active in those same missions today and currently lives in Nashville, Tennessee. We started supporting their work many many years ago. 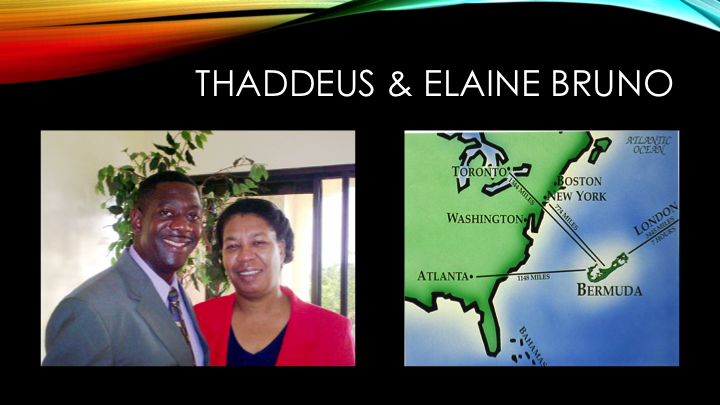 Thaddeus and Elaine Bruno:
They are from the Caribbean island of Dominica where they became Christians and began their love for missions. They moved to St. Thomas, Virgin Islands in 1991 to begin the St. Thomas Church of Christ. Through their work and God’s blessings that congregation grew to become self-supporting and they left that work. Thaddeus then traveled throughout the Caribbean preaching at churches to help encourage and strengthen them. In 2015 the West End Church of Christ in Bermuda invited Thaddeus and Elaine to move there and be their located preacher. The congregation has grown from about 50 to about 70, through their enthusiasm and hard work, and God’s blessings. The West End Church is hosting the Caribbean Bible Lectureship in 2019.We started our financial support of them in 1991. 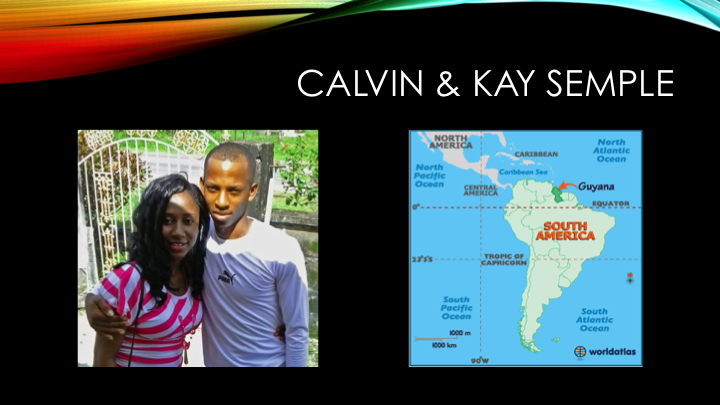 Calvin and Kayler Semple:
Calvin received his formal bible, teacher, and preacher training at the Jamaican School of Preaching. Upon graduation he was invited to move to Guyana to work with the small and struggling Blairmont Church of Christ. About a year after moving to Guyana Calvin married Kayler and they worked together for Lord. They are currently doing evangelism in local area villages where they have been able to teach over a hundred people at a time. They provide Vacation Bible schools for many area children and have converted several young men as a result. Calvin shares radio time with another local preacher on a radio program called The Narrow Way. They hope to have time and money to refurbish their small church building. We started their financial support upon Calvin’s graduation and move to Guyana in 2015. 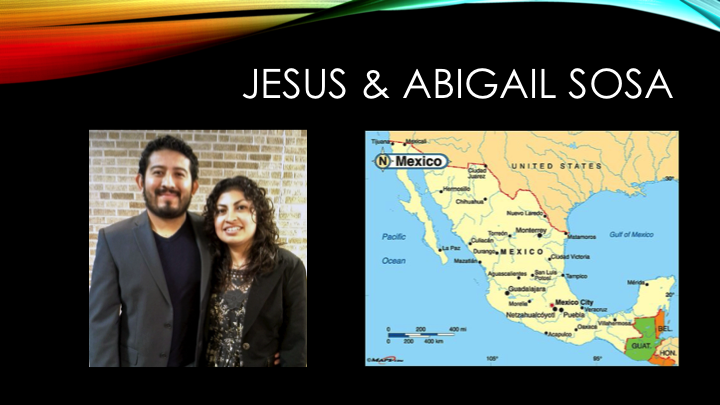 Jesus and Abigail Sosa:
They were trained for evangelism at the Sunset Bible Institute in Lubbock, Texas. Upon graduation they were placed on a team of missionaries headed for Mexico City. Their plan was to open a coffee shop near the campus of the world’s largest university. The plan was progressing, but they have decided to leave the team and work with a local congregation as members, working to provide their own support. They are being replaced on the Mexico City team by Gerardo and Carola Garcia. We began the Sosa’s partial support in 2016. 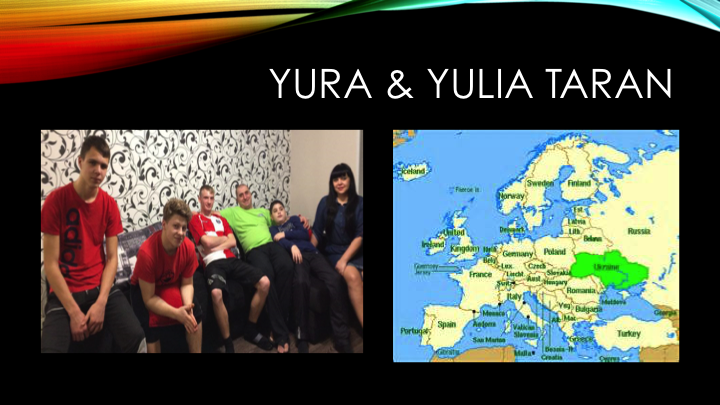 Yura and Yulia Taran:
The Tarans are native Ukrainians and after becoming Christians attended the Ukrainian Bible Institute. Upon graduation they moved to Zaparosia, Ukraine to work with the Church of Christ in that city. They are very active in evangelism in the area doing street teaching, youth programs and work with a local orphanage. They and their congregation of about 60 are committed to Jesus and the spread of the gospel. Their women’s ministry does support projects and prays regularly. They have had many baptisms and are currently training their new converts to serve in the church and the community. In 2015 the Russians invaded the eastern part of Ukraine near Donetsk and caused vast destruction. Many Ukrainians fled toward the west and the church in Zaparosia was very active in caring for the needs of the refugees. We began their financial support in 2014.